The Flight Recreational League is designed as a fun instruction-based soccer league for boys and girls born in 2016 through 2003. These leagues combine learning in a fun and positive environment, and the excitement of league through play. Each session is designed to introduce young players to fundamental, age-appropriate soccer techniques through fun games, and then players put these newly learned skills immediately into their game. The program operates under the simple philosophy that kids learn by playing. Thus, everyone plays virtually 100% of the time, in both practice and games – no lines, short explanations, and lots of touches on the ball.

It is our goal that through volunteer coaching and by playing in a fun-filled environment that encourages learning, that this program will provide children with the foundation to enjoy the game of soccer for many years to come. All our volunteer coaches have been subjected to background checks, concussion awareness, and SafeSport training. Flight recommends each Coach to gain their USSF Grassroots Coaching License as part of our ongoing Coach Development.

February 23rd - Parent Meeting - (details to be sent via email)

March 12th-14th - No Recreational Games due to Jambalaya Cup Tournament

May 8th - Last date for Games to be played

The Flight Recreational League Uniforms can be purchased from: 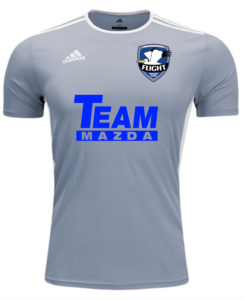 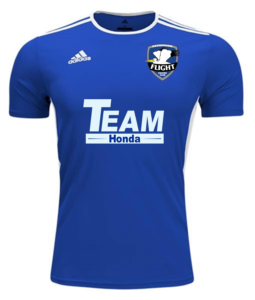 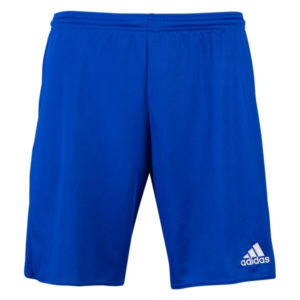 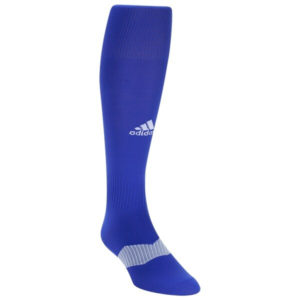 When does registration open?

How does my child get on a team?

Once registered, all players go into the "pool" of players for that birth-year. Our staff manually place players into teams, based on their future/current schools and then location if needed. Teams are created based on the Volunteer Head Coaches child.

Who will Coach my child's Team?

One of our certified Recreational Coaches, who are volunteer parents or players and have completed their background checks. Want to Volunteer to Coach? CLICK HERE

Where do training/practice sessions take place?

What day/time are practices?

Practices are chosen by the Volunteer Head Coach typically between 5:30pm-7:30pm, Monday through Thursday. Recreational Teams practice 1-day per week.

When do practices start?

What must players wear for their training/practice sessions?

Shin Guards underneath the socks, Soccer Cleats, no Football or Baseball cleats are permitted and plenty of water!

Where are games played?

When do games start?

Games generally start the second Sunday after your first practice, all teams will play a total of 8 games each season (Fall & Spring)

What day/time are games?

Games are played on Sunday afternoons from 1pm with the last games starting at 5:30pm. Recreational Teams play 1-game per week.

What must players wear for their games?

Flight Recreational Uniform, Home Team wear Gray Jerseys and the Away Team wear Blue Jerseys, Shin Guards underneath the socks, Soccer Cleats, no Football or Baseball cleats are permitted and plenty of water!